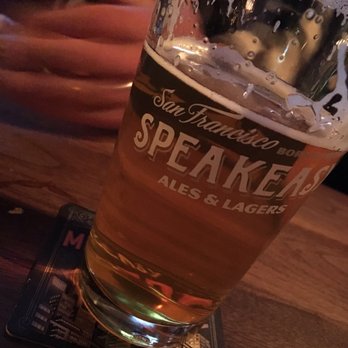 Last week, Speakeasy Ales & Lagers ceased operations. It was a surprise to the Bay Area beer drinking community. Overall, it really shouldn’t have been. The craft beer business should not be considered “small” or “niche” anymore. Billion dollar acquisitions will do that.

Speakeasy has a long, solid history of beer making starting in 1997. They have brewed a good, diverse lineup of beers under a creative theme. Moved to a bigger location and opened a taproom in 2011. A new brewhouse and ramped up production in 2015. And now, a possible permanent pause.

This may seem counter intuitive to the rise in the craft beer market, but despite those big buy outs the business slowed in 2016. Combine that with the attention craft brewers are getting and the sheet number of “new” or “hot” brewers that arrived during that recent bubble and some of the older craft brewers that previously had solid financial backing may see those investor looking elsewhere.

Speakeasy in San Francisco isn’t the only one. URBM St. and Twisted Manzanita in the San Diego Area closed recently – a region that is a beer mecca and about as friendly a competitive market could be. The Northwest lost 6 well known ones. Even back east, nostalgic “firsts” like Triangle have to close. It can all be blamed somewhat on more competition, but it isn’t all at the consumer level.

In my many years working in tech, it is much easier to see there. There are very few competitors within specific categories, but the differentiators have to be distinct between them. And that’s not for the customer to notice, but for the investors. A prospect in tech may go completely against logic and buy something. They may care less about the technology and more about the people behind it. It may just be a “rack fill” buy. But the firms backing these tech companies and their solutions are the truly discriminate consumers. They will look at the whole package and want to see what stands out and what can be molded to stand above.

Here’s where I feel most breweries that have been around for 8 plus years will feel the pinch. There are more new kids on the block for investors to take their money to. If your plan 5 years ago didn’t happen completely to their liking, the investors can just bet on the next brewer that was at the same place your outfit was when it was rolling out that 5 year plan.

Speakeasy was found around San Francisco, in pizza parlors and even at the ballpark, where it seemed to get just as many craft beer buys as Racer 5 when I was in the buying lines. Outside of SF, they were harder to find. Their taproom was also quite an investment financially and for a 3rd street corridor area that wasn’t quite growing so much in their spot, especially when they’re far enough off the main Muni line that driving still made the most sense for people and driving and taprooms aren’t always the best choice. And they were still chugging along with a new release coming soon after their shut down. So it must have still been a bit of a surprise.

Speakeasy put out solid beers. But maybe they’ll be better known as being a perfect example of the craft beer boom and what happens to those that were ahead of the curve and didn’t make it.